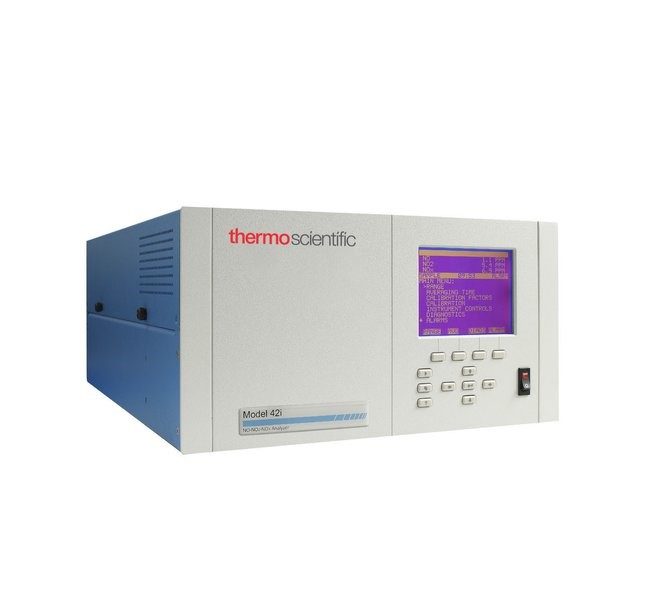 The Thermo Scientific Model 49i is a powerful, easy-to-use, UV photometric based ozone analyser which offers increased specificity via its balanced optical system.

User-programmable software capabilities allow selection of the frequency at which internal zero/span activation and instrument calibration checks will occur.

The 49 Series Ozone Analysers are based on the principle that ozone molecules absorb UV light at a wavelength of 254 nm. The degree to which the UV light is absorbed is directly related to the ozone concentration as described by the Beer-Lambert Law:

I = UV light intensity of sample with ozone (sample gas)

I0 = UV light intensity of sample without ozone (reference gas)

The UV light intensities of each cell are measured by detectors A and B. When the solenoid valves switch the reference and sample gas streams to opposite cells, the light intensities are ignored for several seconds to allow the cells to be flushed. The instrument calculates the ozone concentration for each cell and outputs the average concentration to both the front panel display and the analog outputs.

The instrument is operated as part of Defra’s Automatic Urban and Rural Network (AURN) and is serviced and calibrated by Ricardo Energy & Environment..

The hourly data from this instrument is available here

The last 24 hours of data can be viewed here