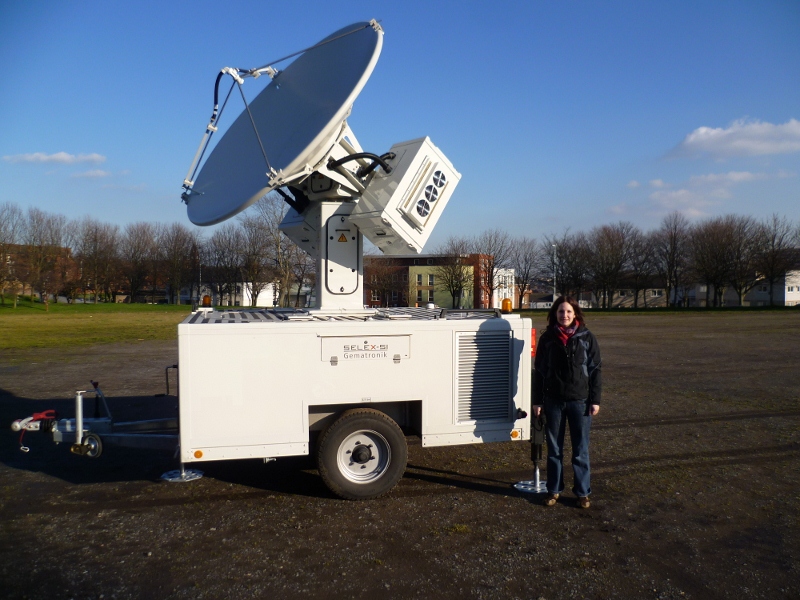 The mobile radar operates at X-band (9.375 GHz, 3cm) and has Doppler and dual-polarisation capability. The radar measures areal precipitation, radial winds and polarisation parameters. It can also detect clear-air echoes at close range from insects. The system has a conventional parabolic antenna of 2.4m diameter and a beamwidth of 1 degree, operated without a radome.

Signal analysis, data retrievals and data storage are performed by PCs contained within the trailer unit. The radar can be operated via a laptop that connects by wireless, ethernet or 3G to the onboard PCs. The operational software allows the user to set up the radar for deployment and schedule the scanning sequence. The software also provides real-time data visualisation and product generation.

The Mobile X-band Radar transmits pulses of electromagnetic radiation at an X-band frequency of 9.375 GHz and measures the amount of energy backscattered to the receiver.

The time delay between the transmitted and received pulses enables the range of the object to be determined.

The radar also measures the radial velocity through the Doppler effect.

In addition, the radar has dual-polarisation capability; it simultaneously transmits and receives horizontally- and vertically- polarised waves.

Through this technique, the radar measures a number of additional variables that provide information on the size and shape of precipitation, target identification, attenuation, propagation effects and alternative methods for quantitative precipitation estimation.

The mobile X-band radar requires an “OfW 225 non-operational innovation or trial licence. The licence has to be applied for and usually takes about 8 weeks to be granted and currently costs £50. Other countries will probably require a similar kind of licence.

The Mobile X-band Radar requires a flat (<3% incline) and firm piece of ground (concrete, tarmac, gravel) in a location with as few obstructions as possible to reduce the amount of ground clutter.

Buildings, trees, and power lines are the main obstacles. The ideal site configuration is to deploy the radar on top of two shipping containers with flat racks on top, to provide elevation above obstructions and ensure that health and safety regulations for radiation exposure are met. The containers can also be used as storage and office facilities

There also needs to be good road access to the site: wide enough for the trailer and no low hanging tree branches. Security, power, visibility and internet are the four main considerations.

The radar cannot be left unattended unless security is guaranteed.

A 3-phase power supply is preferable, but an adaptor box can be used with a single-phase supply.

A building or portacabin is needed for the controlling computer. It is possible to communicate between this computer and the radar by wireless, but a network cable is preferable. 3G communication is also possible. All of this should be discussed in detail with the instrument scientist.

The Mobile X-band Radar cannot be operated without the instrument scientist, or without detailed consultation with the instrument scientist. This consultation will include detailed health and safety requirements and risk assessments. The risk assessments will be dependent on exactly how the radar is deployed, whether it is situated on top of a platform and whether it is in an area accessible to the public or not. The primary consideration is exposure to the transmissions and a radiation exposure assessment will be required to determine whether a barrier or exclusion zone is required. 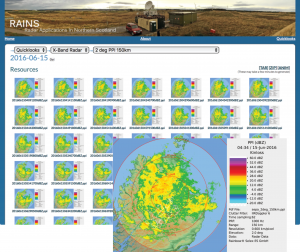